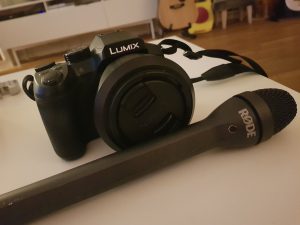 Heading to Dublin next week to report on the referendum to remove Ireland’s 8th amendment to the constitution, which effectively bars abortion in all but the most extreme circumstances – packing the bag with the right kid is always a problem, as is being allowed to have neither a vote nor a public opinion.

In fairness, a lot of people know what I think of the amendment itself, but I doubt anyone could tell me where I stand on the substantive issue.

To maintain a semblance of impartiality in reporting (not that it makes any difference, as everyone reporting on such an issue gets dragged through the mud by one particular side), I’ve been restrained in airing any of my own views.

That’s not to say I haven’t commented on the strategies in use, or indeed some of the lies being told and underhand tactics being used.

Contrary to the popularly-held belief, particularly among those of a conservative nature, being impartial and fair is not the same as being an unquestioning doormat or platform-provider.

The best hosts and interviewers are capable of asking each side the questions they would rather not answer, shining a light on areas they might rather were ignored and taking them into the deep water where they don’t want to go.

My job next week will be to try to set the context for international viewers, readers and listeners. As yet I’ll be working for radio and a newspaper with audio, text and pictures, but what usually happens is that I end up doing a whole lot for TV while I’m on the ground too.

I’ll have my video camera and a couple of microphones, as well as something for taking stills. If nothing else turns up (and experience tells me it will), I have a few people I’d like to interview for a podcast idea I have.

It will be interesting to see how it pans out – most of the work I’m booked for is prior to the vote, which will give me plenty of time to observe the reaction to the vote.

What is for certain is that the genies released during this campaign, good and bad, will not be going back into their bottles, no matter what the outcome.

Ireland will be a changed place when the sun rises next Saturday, and I’m privileged to be able to be there to tell the story, regardless of the result.

Media organisations seeking coverage of the Irish referendum on abortion and the Eighth Amendment to the Constitution form Dublin can contact philip at eblana.se or call +46707217715.